Sit Back and Enjoy the Ride! 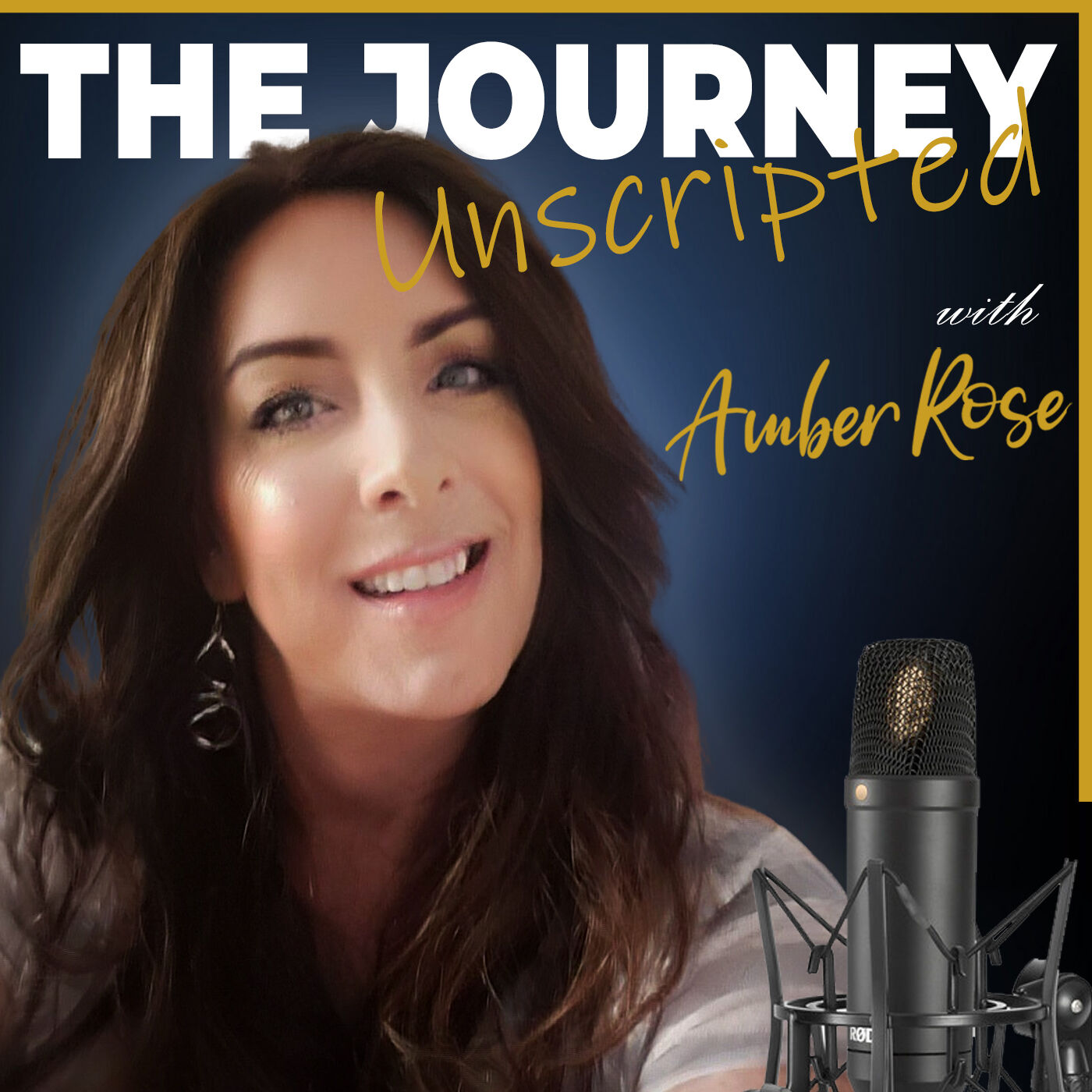 The Journey Unscripted explores some of the more quirky and downright hilarious WTF moments of life with engaging topics, wild unscripted stories, and celebrity interviews. Your host Amber Rose will lead you through with some of the most extraordinary, off-the-wall situations and people we could conjure up. So sit back, smile, and enjoy the ride on The Journey Unscripted! 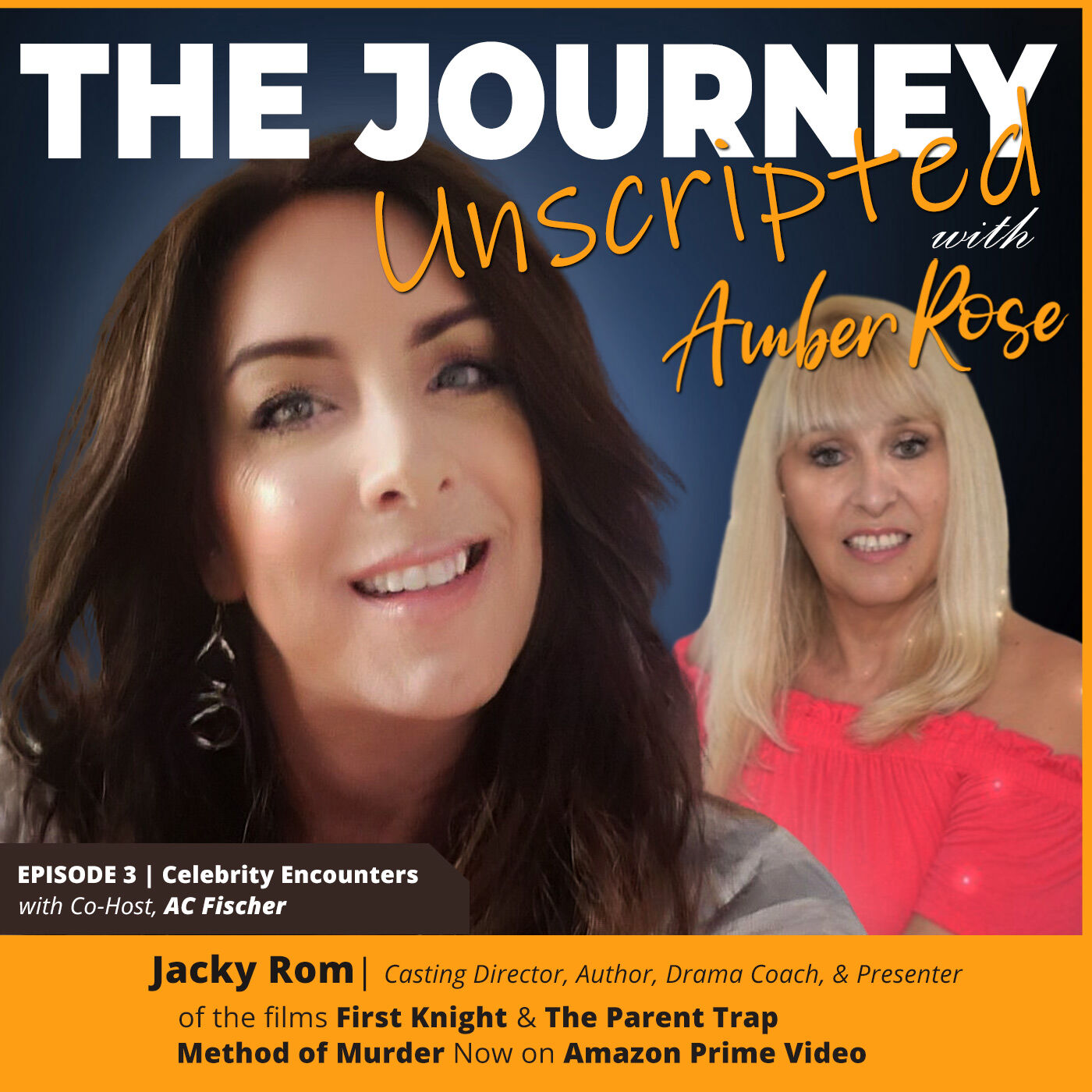 On this episode of The Journey Unscripted , we have a conversation with Jacky Rom , a Casting Director for the films, First Knight and The Parent Trap . We'll have a fun chat with her working with the Late Sean Connery, Rich… 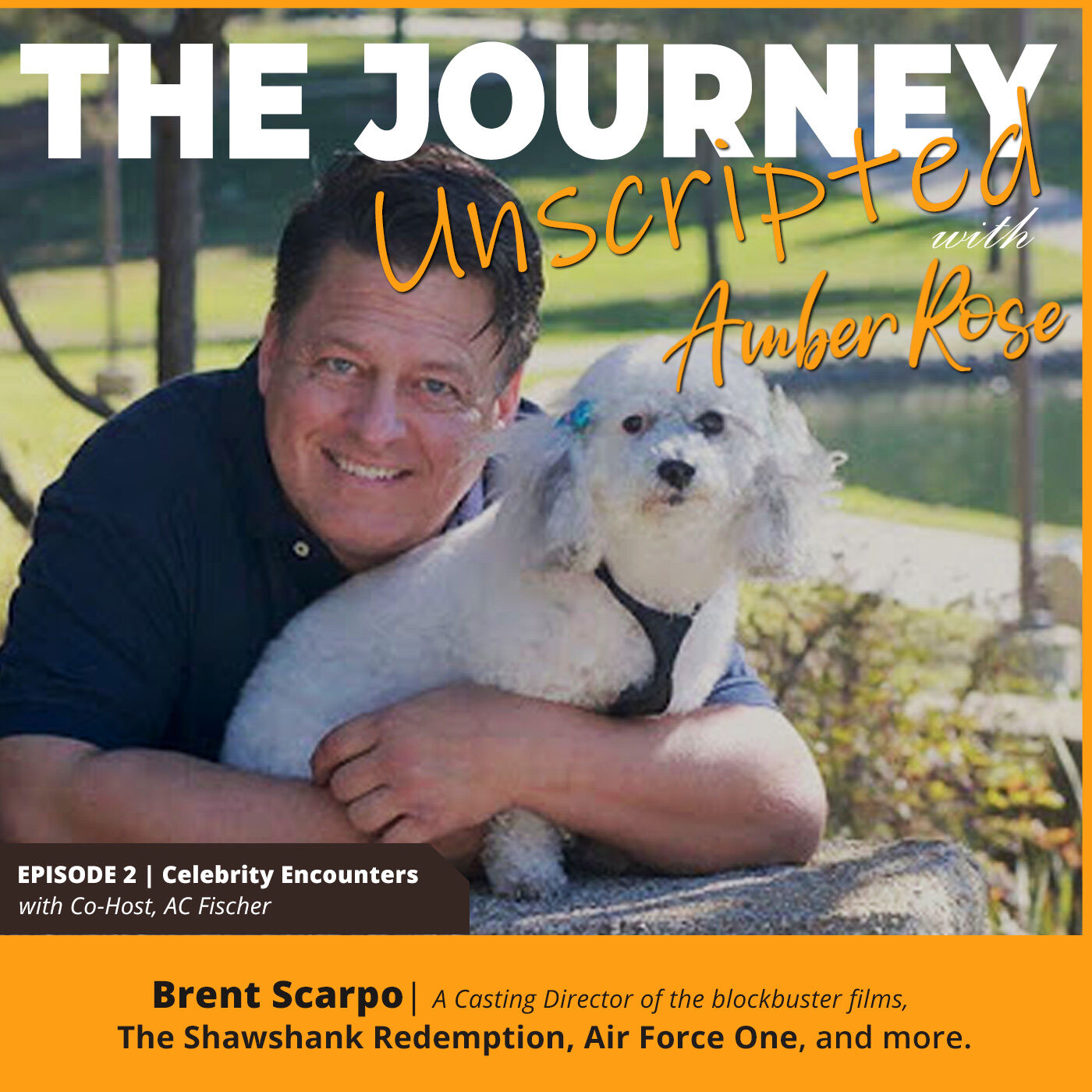 On this episode of The Journey Unscripted , we have a conversation with Brent Scarpo , a Casting Director for the blockbuster films, The Shawshank Redemption and Air Force One . Brent also wrote, directed, and produced the m… 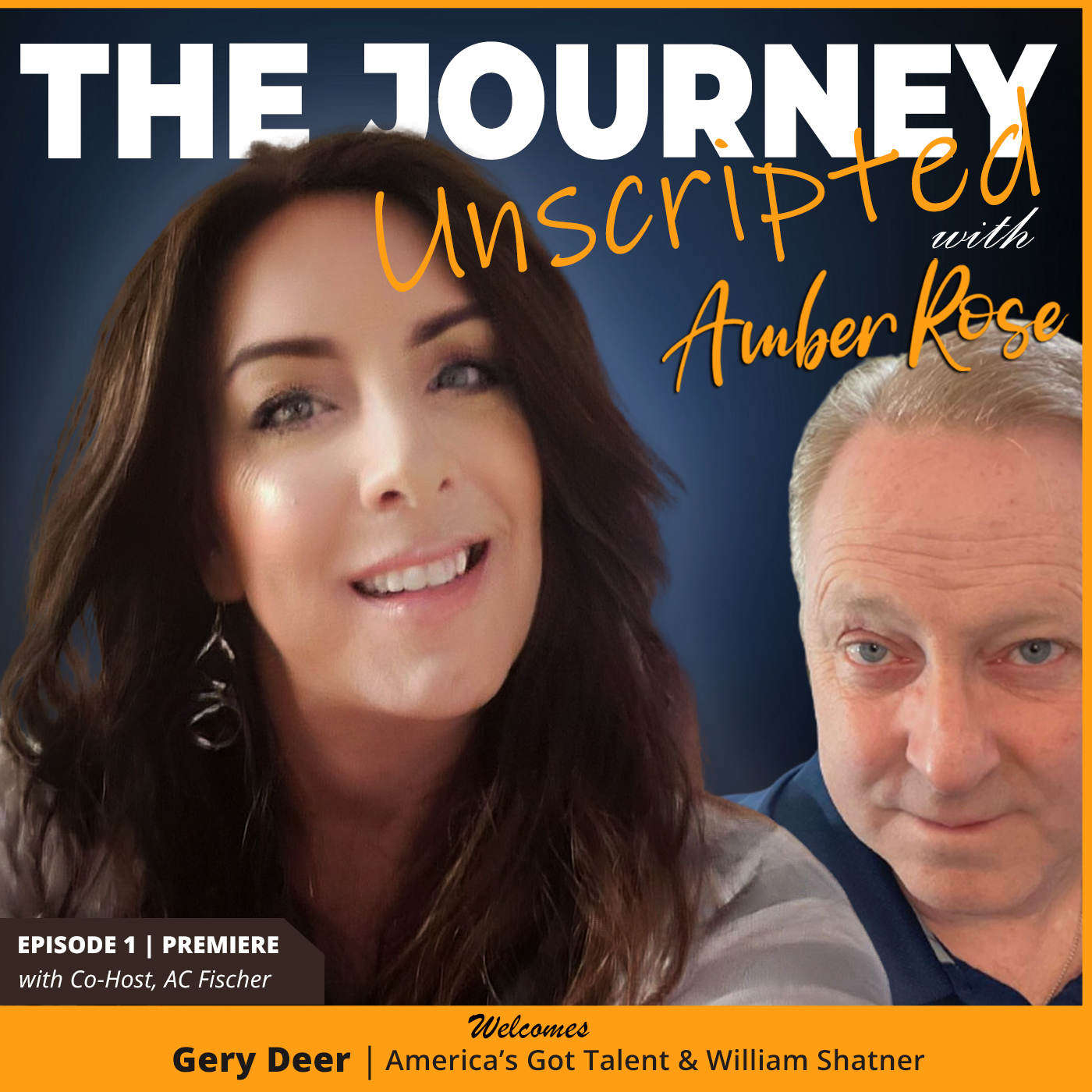 On this, the premiere episode of The Journey Unscripted, we have a blast with Gery Deer as he shares his stories from his appearance on America's Got Talent and Mr. William Shatner, and much more. Super-fun show that'll tur…

Today's special Halloween bonus production explores experiences with sleep paralysis and astral projection. Sit back, close your eyes, and immerse yourself in this episode of The Journey Unscripted. 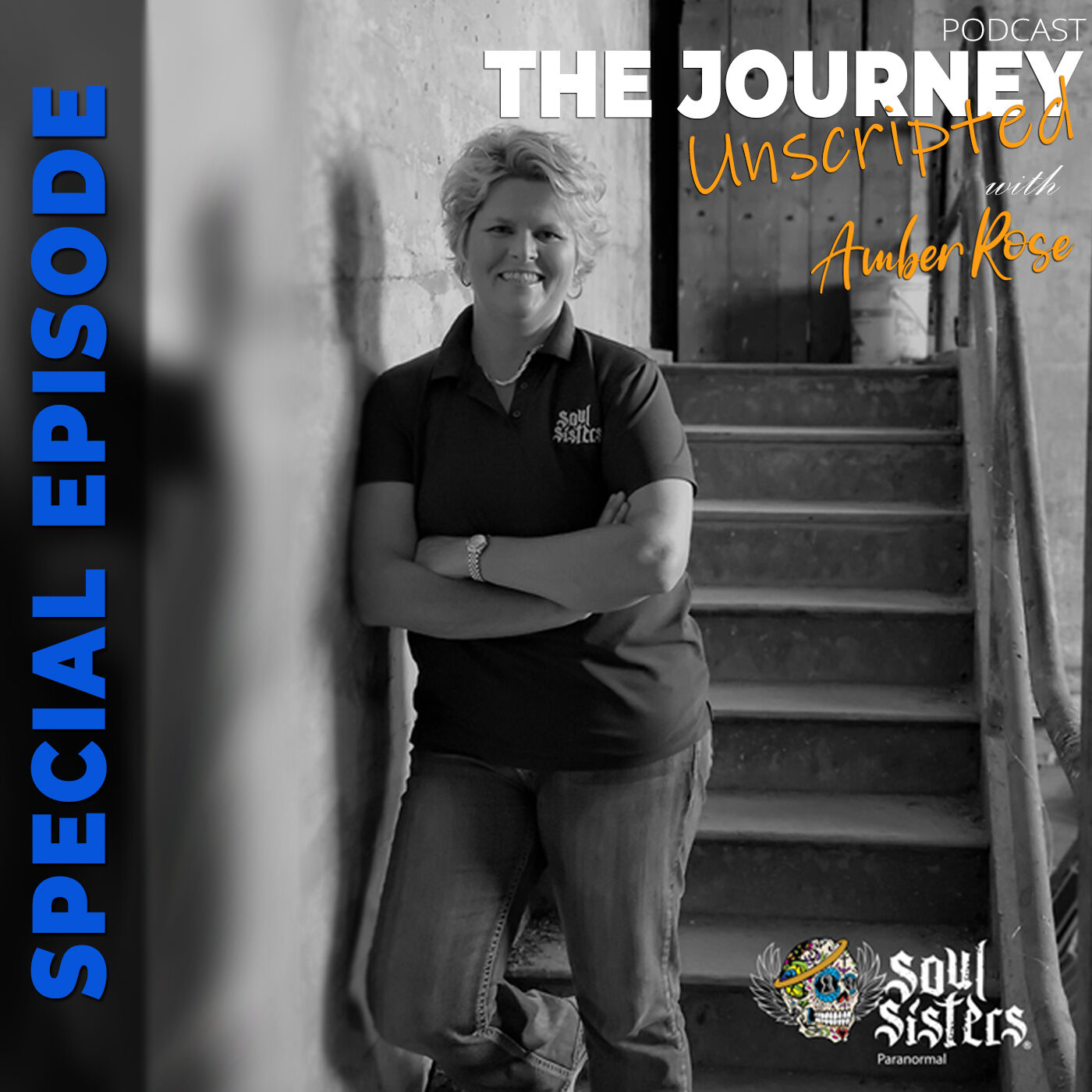 Short-form podcast with topics and situations that are humorous, crazy, and typically, unscripted. Cool, fun stories and celebrity interviews that will get your smile on. TRAILER DIALOG It's a cool new show. Yeah, it's like …

Email has been submitted.

A Bit About Amber Amber Rose Washington is an author, songwriter, producer, voice-over artist, and public speaker. She has been featured on FOX, NBC, CBS, NPR, and a host of other media. This podcast, The Journey Unscripted is one of her new endeavors in a diverse career.

The Music Biz...All in a New York Minute.

Amber had her true introduction into the music business from the late former Vice President of the Board of Governors of the Grammy’s and vocal coach to the top names in the music industry—Ms. Ann Ruckert. While she wrote many genres of music, it was her smooth jazz that people would come to recognize.
Want to hear one?

In Your Eyes - Smooth Jazz

Amber continued her work in entertainment working with several cast members of HBO’s, The Sopranos and the movie Goodfellas in the capacity of producer. She has also worked with numerous mainstream music recording artists as a national and regional TV and radio voice-over artist, stage manager, and live concert personality in New York, Los Angeles, and Nashville.

Amber has also worked with The Kids' WB!, Court TV, numerous radio stations, and a host of other media organizations. Her music has been heard on The Weather Channel, 5-star Hotels, smooth jazz radio stations, the Smithsonian in Washington, DC, and a #1 track on the UK's independent charts. She always surrounds herself with incredibly successful and influential people, from songwriters and musicians to Hollywood actors and screenwriters.

She is currently writing her next book, Overcoming Stage Fright, In a New York Minute and hopes to have it ready for publishing in early 2022.